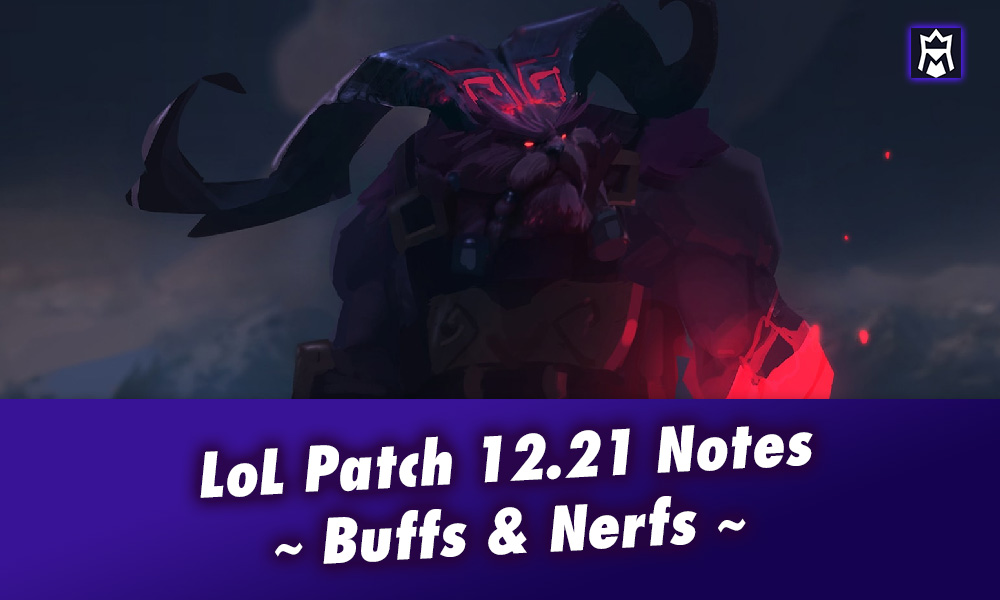 The latest League of Legends patch 12.21 notes have just been released by Riot Games, and while there aren’t a lot of changes happening right now because it will impact the game balance leading up to the Worlds 2022 championship, there are still some important tweaks that you should know about.

For starters, the champions nerfed in LoL Patch 12.21 are Blitzcrank, Bel’Veth, and Miss Fortune. Blitzcrank has seen some changes in patch 12.19, then he got slightly buffed in 12.20 and now we see Blitz getting nerfed because he got simply too OP for the jungle.

Miss Fortune also got touched by the nerfs in this latest LoL patch. She has got her initial slow rate of the “Make it Rain” ability decreased, and the AP of E and R abilities increased across the board. This makes it harder for Miss Fortune to be insanely overpowered at the start of the game, but we’ll see how this translates into actual games, as for now, she is still pretty good in the bot lane.

According to League of Legends Patch 12.21, the champions that have received buffs and improvements are Ahri, Xin Zhao, Corki, and Malzahar.

Ahri has received a mana cost reduction for its Orb of Deception ability, as well as increased damage and AP ratio.

Ornn had an ultimate bug for a while now, in which his “Call of the Forge God” would inflict a 60% slow at all ranks instead of the 40/50/60% as it was originally intended… well it seems that Riot has turned this bug into an actual buff and thus giving Ornn a higher ranking in our URF tier list.

We haven’t seen drastic changes to Corki for a while now, but finally, it seems though that Riot Games has decided to buff this champion by increasing Corki base stats such as health from 101 to 105 and Attack Damage Growth from 2.5 to 2.8

Malzahar’s buffs in patch 12.21 only focus on his E ability (Malefic Visions) that can now execute minions that have a health level below 15-45.

K’Sante is also announced to be added to the game. This new LoL top lane tank champion is going to be available in-game starting November 3rd, 2022.

There are also some new Empyrean skins that have been announced mainly:

While you’re here, waiting for the new patch 12.21 changes to hit, you should also check out our latest LoL tier list for this current meta.