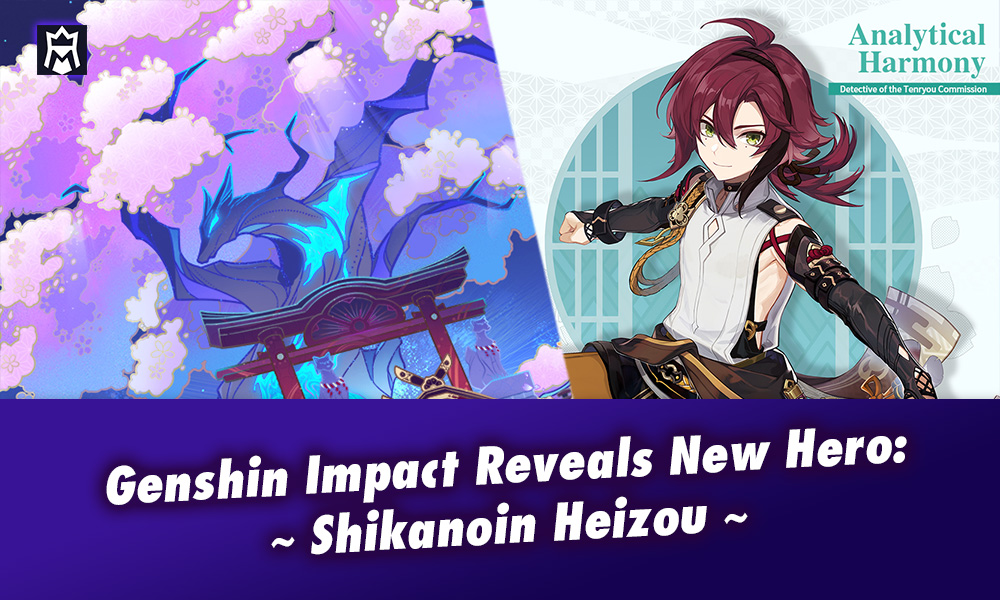 A new character named Shikanoin Heizou will be joining Genshin Impact. For the moment we don’t have any idea what rarity the new character will be or what type of weapon they will use.

After months of rumors and speculation, HoYoverse confirmed today via Twitter that a new Genshin Impact character called Shikanoin Heizou will be added to the game soon.

While we don’t know at the moment what rarity or what weapon Shikanoin Heizou will use, some players have come up with a few details about the new character based on the recent tweets from the game developer:

He comes from a place called Inazuma, he has an Anemo Vision, and his Constellation is Cervus Minor, which is Latin for “Little Deer”.

A young detective from the Tenryou Commission. Free-spirited and unruly, but cheerful and lively.#GenshinImpact pic.twitter.com/rmHuQ6egKt

In another tweet from HoYoVerse, we find a little bit more about the new Genshin Impact character and that he:

“has admirable wit and insight. While he is unfettered and unrestrained in demeanor, one should not dismiss his talents.”

Some players believe that Shikanoin Heizou will be a 4-star character because there are only 6 Anemo characters currently available in the game, and 4 of those 6 are 5-star characters.

While the news about this Genshin Impact New Character will certainly make most of the fans happy, some players however are a bit frustrated with the delay of update 2.7, which was supposed to already arrive, and yet the release date is still unknown.

Genshin Impact is a free-to-play action RPG set in a vast world. You control four adventurers exploring the continent of Teyvat, which is divided into seven warring countries.