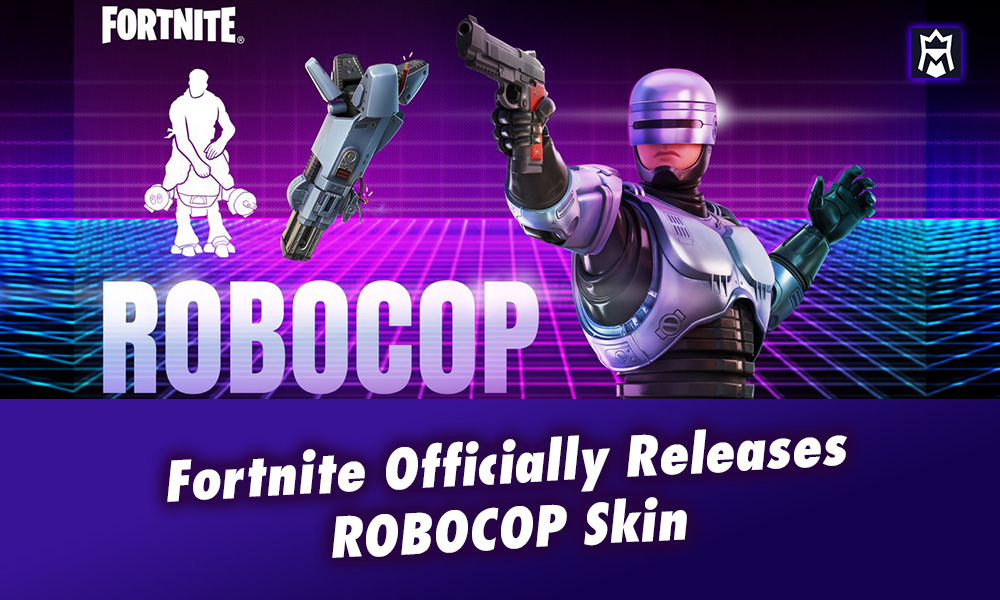 The Fortnite Robocop skin was released on May 14, 2022, during the Chapter 3, Season 2 update. It’s part of the OCP set (Omni Consumer Products) and players can buy it from the in-game shop for 1,500 V-Bucks.

Fortnite continues to grow, and a new collaboration with the film “Robocop” demonstrates its efforts.

But then again Fortnite has always had bonkers collaborations for every new chapter update. This time, the franchise has brought us the 1980’s famous movie action hero “Robocop” that uses a severed leg from the fearsome ED-209 enemy as a pickaxe. He can even ride the machine’s severed leg as an emote!

The following is a list of items that are included in the Robocop bundle:

Fortnite has a ton of content to keep it going strong in Season 2, including some amazing collaborations! Epic Games is doing everything they can to make sure the game stays just as relevant as it was when it first launched.

Fortnite has created crossovers with many popular pop culture franchises, including recent additions such as the ’80s-era action icons Sarah Conner & T-800 (From Terminator), Ripley, and the Xenomorph, as well as the Predator from the ’90s sci-fi horror film series of the same name. All of these characters are available to purchase as skins in the game’s item shop, but one of them—the Predator—was a special battle pass skin during Chapter 2, Season 5 that is not available for purchase from the item shop.

Also, fans of the popular battle royale can now play once again their favorite game on iPhones, after Microsoft announced that Fornite will become free-to-play in their Xbox Cloud Gaming system.