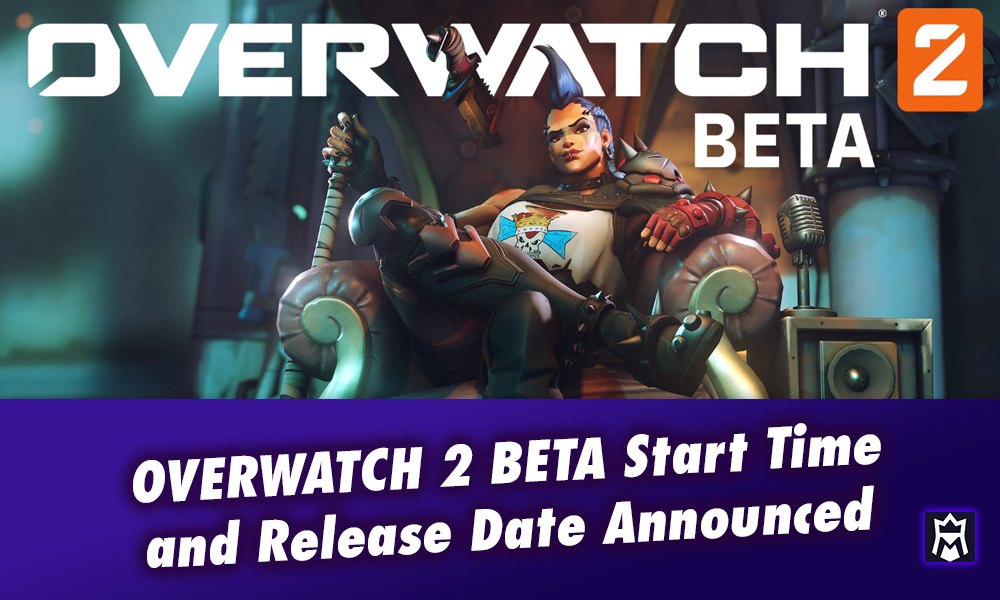 The wait for the next Overwatch 2 beta start time is finally over. Blizzard has just announced the start and end times for their 2nd beta testing phase.

The good news about the upcoming Overwatch 2 beta that is set to start soon, is that this time more players will have access to experience the new FPS as it’s going to be available for crossplay action between PC, Xbox, and Playstation.

Blizzard has announced that the first group of Overwatch 2 beta players will be able to access the game on 28 June at 7 pm BST in the UK, 8 pm CEST in Europe, 11 am PDT on the West Coast of the US, and 2 pm EDT on the East Coast of the US.

This phase of Overwatch 2 Beta access will last only until 18th July. However, Blizzard can always extend the period if they feel like they need more testing and player input from the community.

How to Sign Up and Play the Overwatch 2 Beta

There are essentially only 2 ways to access Overwatch 2 beta on June 28th. One way is to purchase a premium pack called the “Watchpoint Pack”. This will give you some nice rewards and loot and also access to the game when the beta starts.

Some of these nice rewards include:

Another way to play the game during this testing period is to sign up for the Overwatch 2 Beta testing on the official Overwatch website. All you have to do is find your desired platform that you’re planning on playing from, and then “Request Beta Access”.

After you complete some details, you will then be registered to possibly gain access to the game on June 28.

Again please keep in mind this method doesn’t guarantee that you’re going to be able to play, it just puts you in a pool with other players eager to try out the Overwatch 2 before its official release later this year.

If you aren’t able to experience the game during this Overwatch 2 Beta signup access period, you will have to wait until October 4th when the game is set to officially be released worldwide.

A little important note about this is that when Overwatch 2 will be released, Blizzard will effectively shut down Overwatch (the first generation, also known as Overwatch prime) and only support the 2nd generation. Weird move on their part, but we’ll see how the community embraces this.

What do you think about this? Do you agree with Overwatch 2 completely replacing Overwatch or do you prefer to be able to access both games separately? Leave a comment down below and let us know.