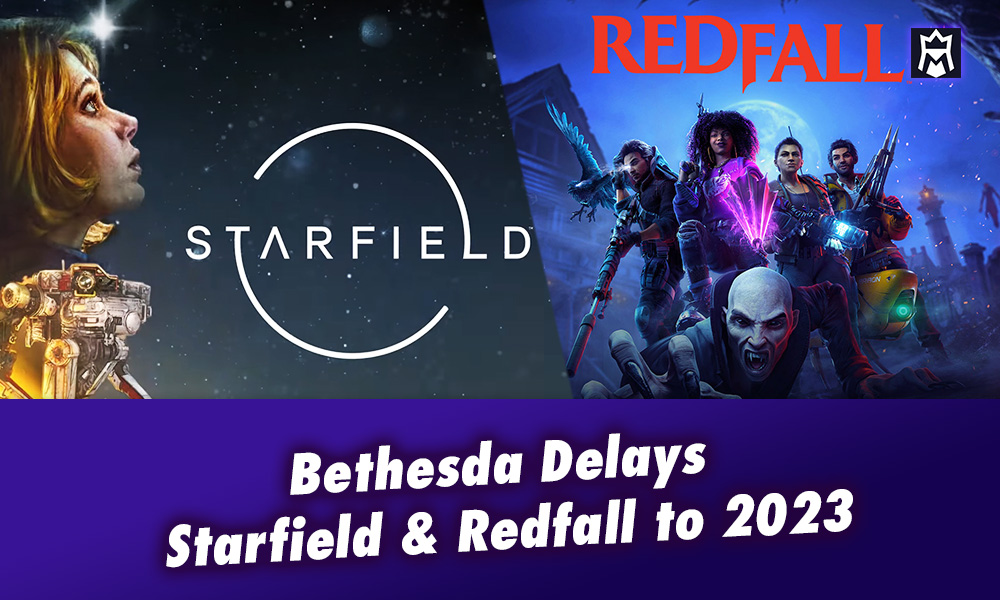 Bethesda has officially announced that it has delayed Starfield and Redfall from this year to the first half of 2023.

The company broke out the news on its Twitter page with the following statement:

“We’ve made the decision to delay the launches of Redfall and Starfield to the first half of 2023.”

“The teams at Arkane Austin (Redfall) and Bethesda Game Studios (Starfield) have incredible ambitions for their games, and we want to ensure that you receive the best, most polished versions of them.”

Starfield—the highly anticipated game from the creators of The Elder Scrolls and Fallout series— was originally scheduled for a November 11, 2022 release date, and to be launched exclusively on Xbox Game Pass at release.

Earlier in February this year, Phil Spencer—CEO of Microsoft’s gaming division—announced that he wanted to bring the Xbox exclusive Starfield to as many people as possible and to make it even more popular than Skyrim (Bethesda’s most popular game to date).

That’s a bold goal to have, and we’ll have to see how that will pan out, but this delay to the game will certainly not help.

Bethesda and Xbox had high hopes for the title during this holiday season, but it seems that those hopes will have to wait for next year’s holidays.

It is to be “the next generation of open-world games, with a rich story, characters, and gameplay to match.”

But since then, Microsoft has acquired the company and who knows, maybe that has something to do with the delay.

Redfall FPS Delayed to the first half of 2023

Alongside Starfield, Bethesda has delayed another game that was due to be released this year.

The game was first introduced at Bethesda’s E3 showcase event last year, with only a couple of screenshots and brief gameplay details, but Bethesda has not revealed additional information about the title since.

Redfall supports both solo and cooperative gameplay. It is set in an island town -called Redfall – that has been taken over by vampires.

An update on Redfall and Starfield. pic.twitter.com/pqDtx26Uu6

The two games – Starfield and Redfall – will probably be featured during Microsoft’s Xbox and Bethesda Games Showcase event scheduled for June 12 of this year.