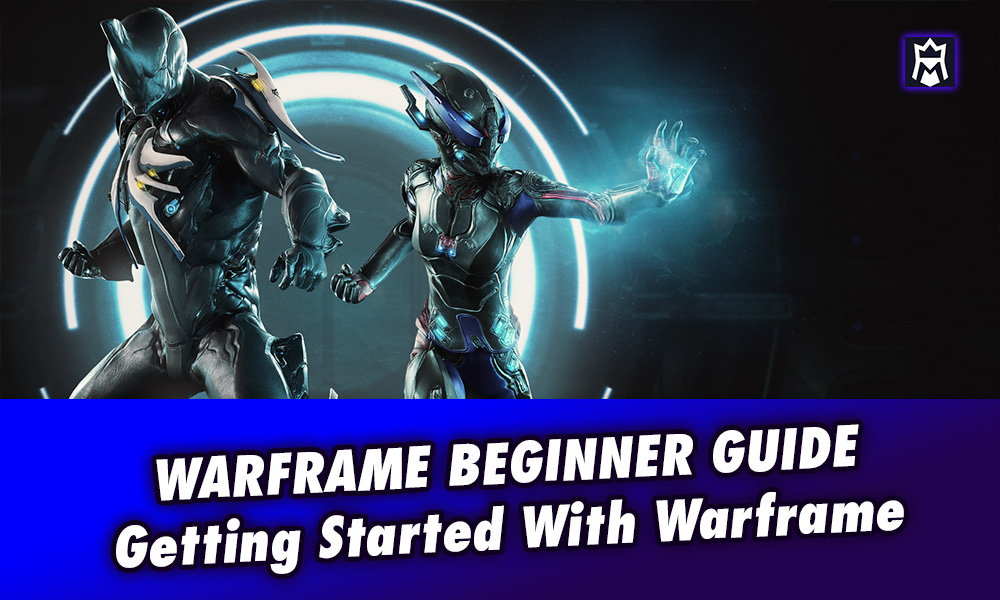 Hey there, are you a new player just getting started with Warframe? Awesome, you will love the game, but only after you get familiarized with it and with the playstyle. To help you speed up that process, we’ve put together this Warframe beginner guide for new players to go through and learn some new tips.

Warframe is one of the most popular free-to-play games out there, but an overabundance of information can cause some new players to get lost and give up on a game they are now overwhelmed with.

Warframe is a complicated yet rewarding, and fun game. Why? Well, it’s because initially, the game is hard to pick up, but so rewarding once you get to understand how the game mechanics work. It’s also really hard to get good at because the learning curve is so steep.

The game features many different weapons, skills, and items that players have to understand before fully enjoying the game.

So if you’re looking for a Warframe beginner guide with great tips on how to maximize your playtime, you’ve come to the right place! Let’s get started:

Yes, you’ve read that right our first tip in this Warframe beginner guide is to go ahead and shoot everything.

Don’t be afraid to waste ammo on enemies that are beyond your gear’s capabilities, as you can always spend your money later on the resources needed to craft new weapons and warframes.

Explore every map you encounter—you never know when a hidden enemy might be waiting for you around the next corner!

Of course, there are some exceptions, but when in doubt, make a squad.

Playing in squads makes the game a lot more fun because you can help each other out and work as a team.

A good squad will always have at least one person who knows what they’re doing (or at least has an opinion) on anything from weapons to warframes to mods.

As such, they’re great for new players who need some advice on which direction to take things.

Squads also make it easier to share resources like mods or frames with each other. This is especially true if your frame is expensive and hard to get; once you’ve unlocked it, why not give it away? It’s better than having it sit around collecting dust!

Finally, if your squad leader finds something good during their mission that isn’t part of the mission reward pool (such as an Exilus Mod), all members of the squad get a copy of that item when they leave the mission area!

3. Prefer team damage to fall damage death if you need to reposition quickly

The most obvious use of fall damage is to jump down from a higher place and deal damage to enemies, but you can also use it to get away.

If an enemy is chasing you and there’s no cover nearby, jumping down on top of them will knock them down for a moment. It’s pretty hilarious.

In addition to dealing more damage than normal attacks while falling, melee weapons are also good at killing enemies with one shot while they’re on the ground.

If there are enemies below you and you don’t have time to aim or do an ability, this is your best bet for taking them out without losing health unnecessarily.

4. Parkour is your friend!

One of the most important aspects of playing Warframe is the incredible movements that you can do. As such, another great tip to remember from this Warframe beginner guide is that: double jumping and wall running make things go faster and let you shoot on the move

If you’re playing a Tenno, it’s in your best interest to learn how to use parkour as much as possible. Double jumping and wall running make things go faster and let you shoot on the move. Here’s a quick rundown on the different ways you can make use of these maneuvers:

It’s important to explore the map in Warframe, as you can find loot, weapons, and other useful items.

You can find hidden rooms and secret areas that contain more loot.

Exploring the map will help you level up quickly and efficiently. So if you’re done killing all the baddies in the mission, you should probably take some time to look around for some hidden caches of loot.

6. You can see enemy shields and health bars through walls, but not your own

So because of that, you should keep an eye out for faint blue or red borders around Warframes, enemies, or objects (like energy orbs).

7. Grind 30 minutes per day to stay in top form

This isn’t mandatory, but you’ll have way more fun with a daily dose of Warframe. And hey – if you’re reading this guide, odds are you like games that reward daily play.

If you’re the kind of person who likes daily rewards and rewards themselves, here’s a tip: grind 30 minutes per day.

It may not sound like much, but if your goal is to become an endgame player at Warframe, this will help you stay on top of your game and get more out of the game itself.

All defenses in Warframe scale based on how much damage you take over time – so soak up as much as you can during tough missions!

One of the most common mistakes new players make is trying to avoid getting hit during big fights. Don’t do this! All defenses in Warframe scale based on how much damage you take over time – so soak up as much as you can during tough missions!

Getting Started With Warframe: The Takeaways!

The first thing you should do is complete the tutorials. They’re not mandatory and they may be a bit boring, but they give you a nice introduction to the game while introducing you to a few of the warframes that will be available later on.

After that, get used to using your abilities by playing some missions solo. You’ll want to focus on using one ability at first; for example, if your warframe has an energy drain ability (like Volt), use it over and over again until it becomes second nature to use it without thinking about it.

At this point, I would recommend doing some basic quests to level up your character before exploring more complex tasks such as crafting or trading with others.

Hopefully, these 8 tips from this Warframe beginners guide are enough to get you going in Warframe. It’s a big game, but the core of it is just about learning new abilities and building a strong team of four players.

If you don’t know anyone who plays, we recommend joining the official Warframe Discord server – there are thousands of friendly Tenno ready to help new players learn the ropes!

We hope you enjoyed our Warframe beginner guide for 2023, let us know down in the comments your favorite tip for playing Warframe more effectively. Don’t forget to rate the article and share it with others!