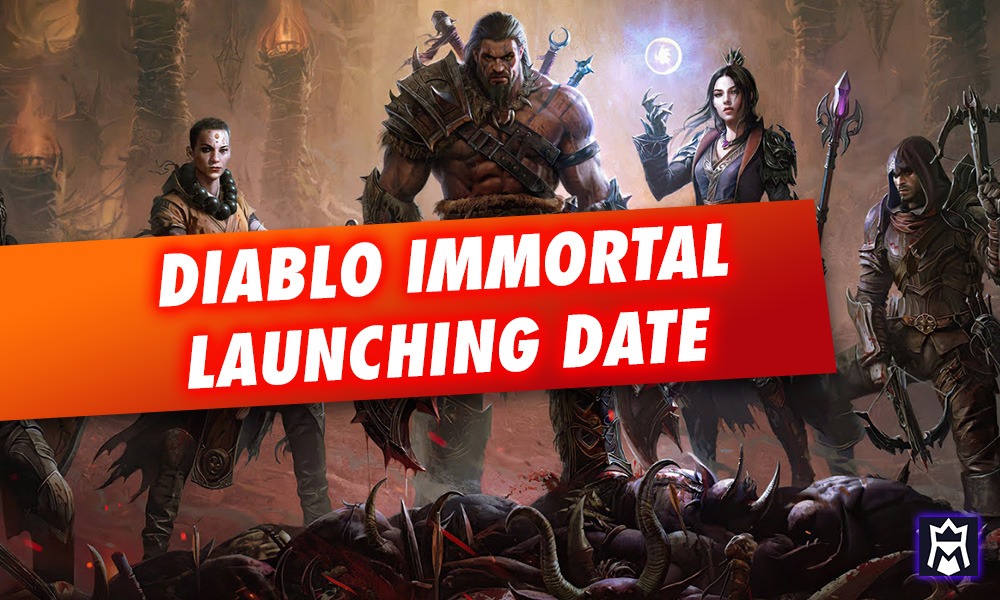 Finally, the moment we’ve all been waiting for, Blizzard has just announced the launch date of Diablo Immortal, their latest game in the Diablo franchise.

The game will be released on June 2, 2022, and will be available both on Mobile (Android & iOS) and PC devices.

On June 2, Hell is everywhere.

Fans of the Diablo games have been waiting for many years now to get an exact date of when the game was being released, now the wait is over (sort of, we still have a month or so to wait).

Diablo Immortal game is set in the dark fantasy world that we’re already familiar with and the events happen between the Diablo II and Diablo III sagas with adventurers once again rising against the malefic forces of Skarn, Lord of Damnation.

Another interesting option about the new upcoming Diablo Immortal game is that it’s actually an MMOARPG now, which means that for the first time ever in the Diablo games series, players will be able to explore the world and adventure with other players to take on the evil forces together.

The surprising part is that while it was first announced as a strictly mobile game with the now infamous line “Do you guys not have phones?”, Diablo Immortal is also receiving a port for PC so that PC gamers and fans of the franchise can now have something to play in addition to Diablo III while also waiting for the upcoming Diablo IV.

In Diablo Immortal there are 8 zones where you can adventure and defeat hordes of monsters and hunt for awesome loot.

There are also 6 classes that you can choose to play with, some are familiar to the fans and some are new: Barbarian, Crusader, Demon Hunter, Monk, Necromancer, and of course the Wizard.

Diablo Immortal is going to be free-to-play and available to be played strictly online, the game also features a cross-platform feature meaning that you can play on the same character both on your mobile and on your PC.

Pre-registrations for the Diablo Immortal launch are now open on the game’s official website.