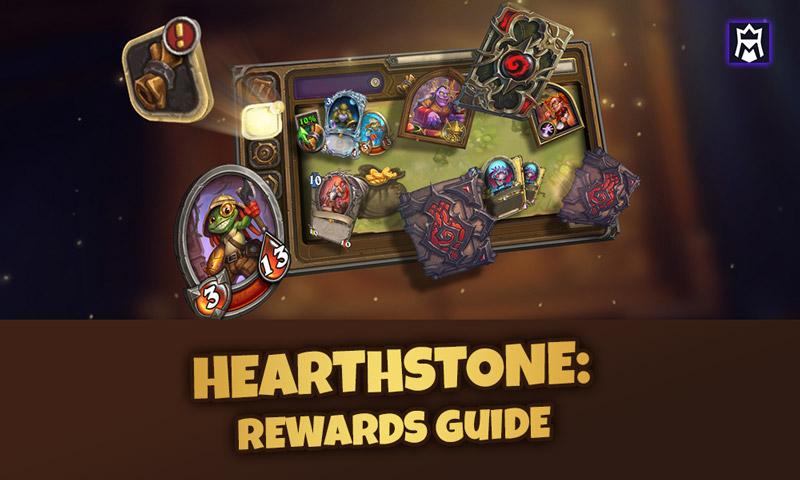 There are three types of Hearthstone rewards: gold, packs, and arcane dust. Gold is used to buy card backs, which can be unlocked by winning games with certain heroes or completing special missions.

Packs can only be bought with real-world currency, and they’re used to craft new cards or buy more packs of them. Arcane dust is used for crafting cards and buying packs.

New players looking for information on how to earn gold in Hearthstone, or wondering how to get free decks of cards will find the following resource useful.

What are the types of Hearthstone Rewards?

Hearthstone rewards are an important part of the game, and we want to make sure you know how they work.

When you win a game of Hearthstone, you get gold. When you get enough gold, you can spend it on packs that give you random cards. This is called “opening” a pack. The more packs you open at once, the better chance you have of getting rarer cards and more valuable ones.

There are also daily quests that give you gold or other rewards when completed. Some of these quests are easier than others! If a quest seems too hard for you at the moment, don’t worry—you can always come back later when your deck has improved.

Arcane Dust can be used to create new cards.  By completing all of these quests you can end up with over 1,000 gold.

Quests with Gold rewards are colored in Orange

Quests with card rewards are colored in Blue

Quests that award Arcane Dust are colored in Green

Read our previous article on how to earn gold in Hearthstone.

More Ways to Get Card Packs in Hearthstone

You can also get free Hearthstone cards (standard card packs) in a lot of other ways.

For example, you can get Hearthstone cards as a reward from playing in the Arena or from your first Tavern Brawl win of the week.

Of course, if you want to get even more cards then you can purchase them from the in-game shop using your hard-earned gold or your even more hard-earned real money.

Hopefully, this Hearthstone rewards guide was helpful to you. Good luck!

That’s it for our Hearthstone Quests Rewards guide. Rate it and comment below!