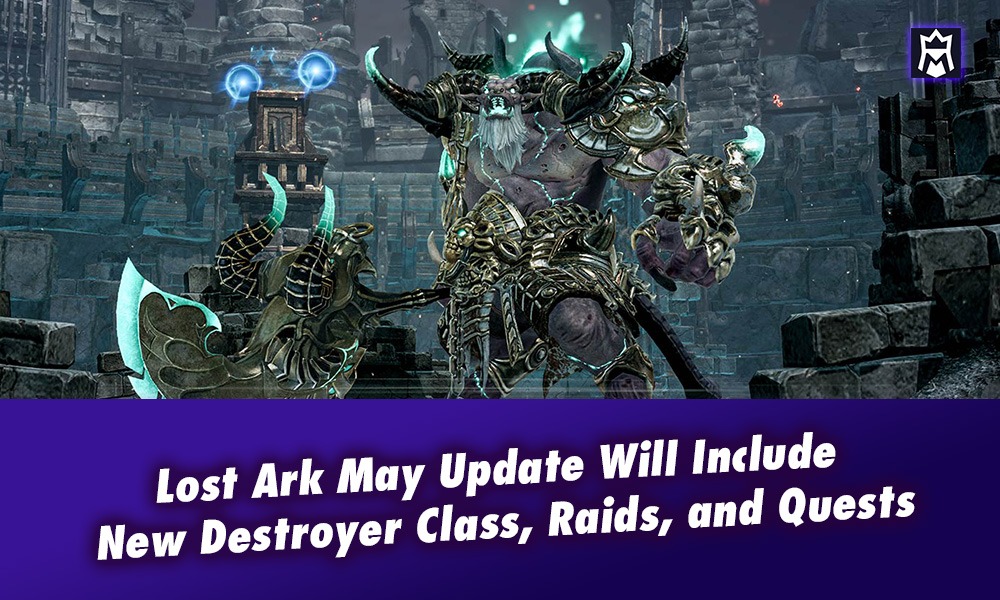 Amazon Game Studios has revealed that their latest update for Lost Ark will be called Destined for Destruction and will be released in May.

The update includes a new warrior character class “Destroyer” (which the update is named after) as well as the development of an in-game raid system.

The new Destroyer Warrior advanced class was designed to break through enemy defenses with a variety of abilities that can launch, pull, push, and crush them.

Amazon has confirmed that players will also be able to raid once again as many players have been able to reach the item level needed to participate.

“Enough of our player base has reached the item level needed to participate (or is within easy striking distance to get there over the next few weeks).”

This month, the western version of Lost Ark will launch its first-ever Legion Raid. The raid, available in Normal or Hard mode, can be challenged by 8-player groups that will battle a formidable new boss named Valtan for prizes, including new Relic quality gear.

The Valtan Legion Raid contains 3 areas with gates separating them, each one will save the team’s progress. If all the players from the group wipe, they will be able to restart from the checkpoint and not lose all their progress.

The May update also brings a new Guardian Raid with a boss called Deskaluda as its final boss who gets stronger as time goes on. The minimum item level is 1415 and can be soloed, played with a party, or through matchmaking for up to four players.

Lost Ark will also be introducing a new Challenge Guardian Raid. Each week, a new raid is added that has different gear score requirements.

In a first for the game, players who enter these special raids will be matched with enemies of appropriate levels.

You can dive into a new Challenge Raid every week with your friends to earn rewards and forge more powerful weapons, without worrying too much about having a too low or high level to join the fun.

The upcoming Lost Ark update in May will also add new content in the South Vern region, including a field boss and some awesome quests.

Oh, and you can also turn into a chicken or a beer to battle with a huge Chicken, also known as the Chicking boss on the Wild Wings Island to earn event coins.